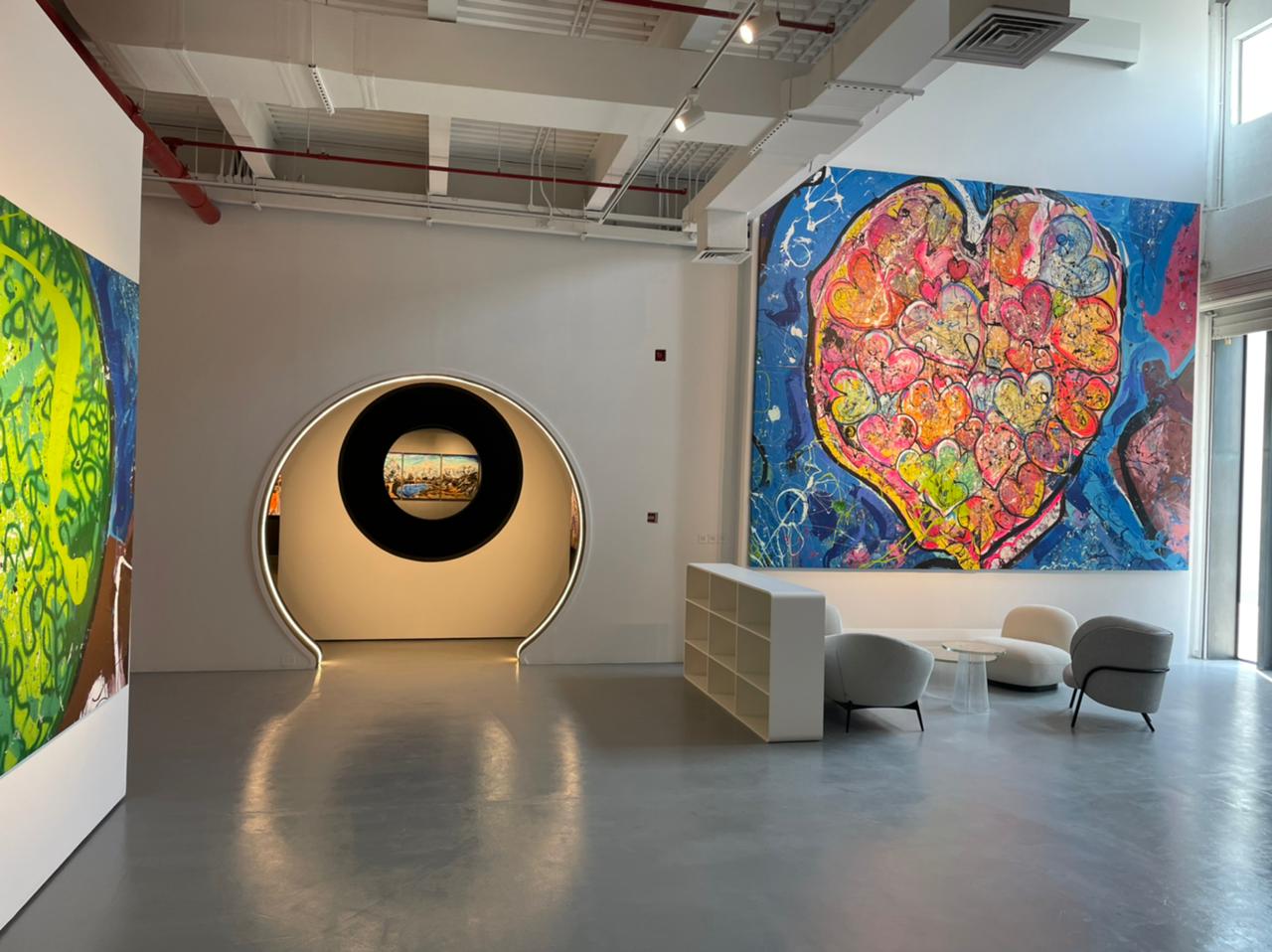 A handful of recently launched brands focused on community, inclusivity and flexibility are reinventing the hospitality and travel industries.

With planned locations in Memphis, Shanghai, Osaka, Tokyo and Saigon, Legend by Hyatt is a marriage of the Selective Service and Lifestyle segments, with a focus on Diversity, Equity and Inclusion (DEI). The team, led by Kenneth Villamil, Global Vice President of Product and Brand Development for Alila Hotels & Resorts, Andaz Hotels, Thompson Hotels, Hyatt Centric Hotels and Caption by Hyatt; Crystal Vinisse Thomas, Vice President and Global Leader of Lifestyle and Luxury Brands; and Brian Contreras, director of standards and optimization, who is also the brand’s culinary manager, coined the term “mindful subscriber” to describe the ideal Caption by Hyatt guest. “There’s a market for those people who are aware of the brands they support and that fit their needs when they travel,” says Thomas.

To that end, Caption will source local products, hire local talent, and provide programming that reflects the community. The lifestyle part is highlighted in a partnership with Union Square Hotel Groupwhich led to the development of the outpost F&B Talk Shop, “the hotel’s bustling social space,” says Contreras.

While all Caption by Hyatt locations will be self-activated, from keyless entry to QR code menus, staff will also be available to assist guests along the way. “Our research showed that customers, especially in this segment, were comfortable with this. In fact, some of the anecdotal responses we received said, ‘If the lobby is crowded enough, I’ll sit with my luggage before I even checked into my room,” explains Thomas.

For the design, the owners have two distinct material palettes to make each property feel unique and grounded in its location. Though prototypical, the vibrant rooms also stand out, with a work-and-play seating area, private bathrooms, and bold artwork, graphics, and colors. “When customers come in, we want them to smile,” says Villamil.

A fundamental part of the brand philosophy is the focus on DEI, so that hotels are not just “in” a place but “of” it. To further show its commitment to DEI, Hyatt has also launched the Change Starts Here initiative to diversify the suppliers and business partners the company works with. “We all come from diverse backgrounds: I’m a black woman, Kenneth is Puerto Rican, and Brian is Filipino American,” says Thomas. “We all have global experience. We’ve traveled everywhere, but we’re also aware of where we hang out. We wanted to create [a brand] that reflects the world we live in today. 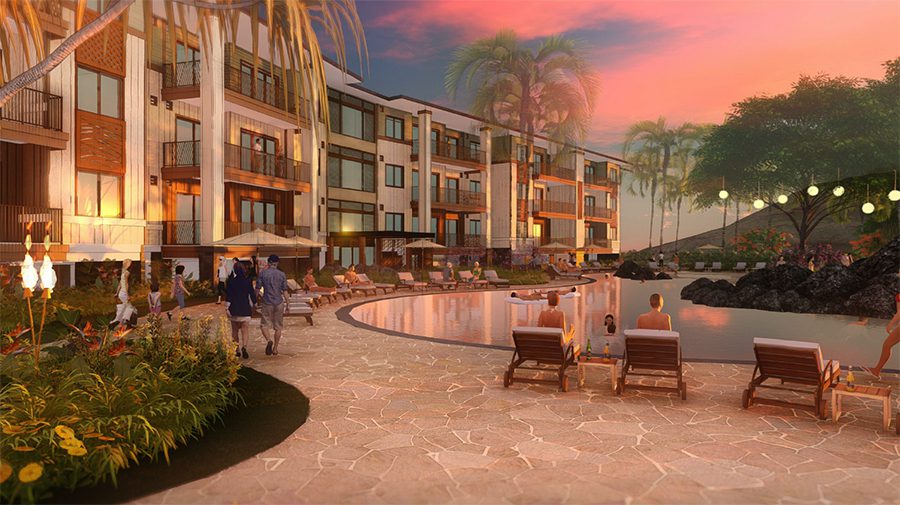 A rendering of Soleil Kauai in Hawaii, slated to open in 2023 overlooking the Pacific Ocean

Catering to multi-generational travelers was the impetus behind Sun Hotels & Resortsthe accessible luxury alternative to timber companyupscale Timbers Resorts. “We’ve found that people would rather have a great vacation with their family than buy another car, which has only been amplified since COVID-19,” says Greg Spencer, CEO of Timbers Resorts. With the first property opening in Kauai, Hawaii in 2023, the 72 condominium-style residences “will have all the attributes that make Timbers Resorts appealing to people,” Spencer says, but at an affordable price. Residing in 450 acres of Hōkūala with views of the Pacific Ocean and the Ha’upu Mountain Range, Soleil’s design by Hilton Head, South Carolina-based J. Banks Design Group will be resplendent in the colors and textures of Kauai (think woods and abundant greenery), with spaces that blur the line between indoors and outdoors. “We like to have fun in what we do,” Spencer points out, “because that’s what we’re passionate about.” 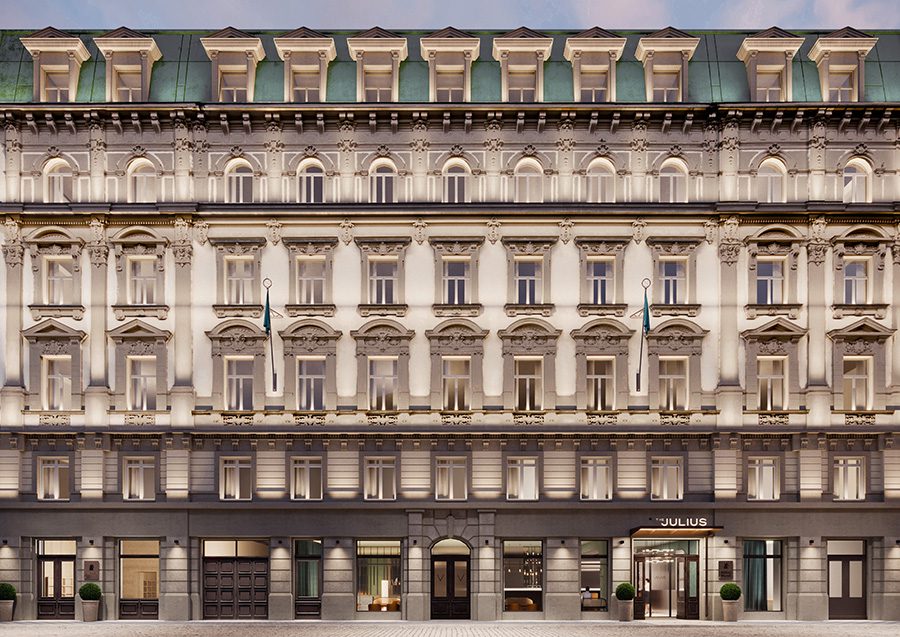 The Julius Prague resides in a reimagined Art Deco building

Spanning six generations, Julius Meinl, the Austrian gourmet coffee and food maker and retailer, continues to evolve its legacy, most recently with the four-year extended stay brand. Julius. “Hospitality is a natural extension of our brand and our values,” says co-founder Julius Meinl VI, who admits that the “learning curve [of entering a new segment] was pretty huge. Working with Milan Matteo Thun & Partners on the first property in Prague, which opens this summer, the brand taps into 160-year-old family history. Embodying timeless European luxury via spacious common areas, co-working spaces, on-site dining options, and 168 residential-style apartments with separate living rooms, kitchens, and bedrooms, interiors feature Thun’s signature warm, minimalist palette. Designed for short and long-term stays in major European cities (Budapest, Krakow, Bucharest and Milan are on Meinl’s list), the Julius is founded on the idea of ​​accessible luxury. “We provide our guests with a high-quality hospitality experience that is truly a luxurious home away from home,” he says. 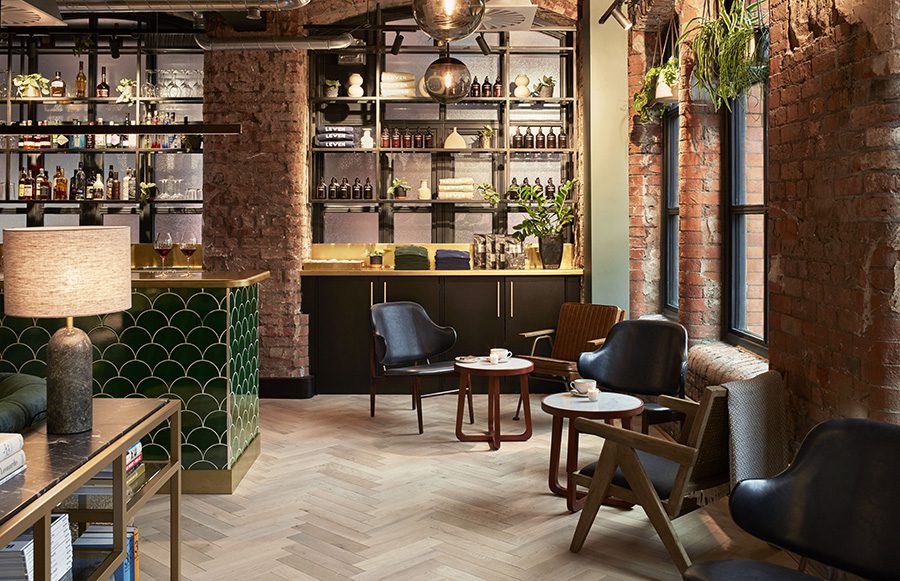 Combining coworking, energetic public spaces and residential-inspired rooms, the first place to Leven in Manchester, England, invites customers into an early 20th-century red-brick warehouse in the heart of the Village district. The mark of Wellbrook Hospitality “supports a way of being that more people aspire to – to live a more thoughtful and considerate life on our own terms,” says Hoxton alumnus Timothy Griffin, who is now director of Wellbrook Hospitality and co-founder of Leven Hotels. The 42 rooms vary in size, from one-bedroom suites to two-bedroom duplex penthouse suites, with kitchenettes available for longer stays. Leven is also enhanced by warm and relaxing interiors. Soothing paint colors, greenery, and tactile materials like natural wood and stone complement the industrial warehouse while echoing the brand’s ethos of living life to the fullest. “The hospitality world is full of rules and restrictions put in place by traditional hoteliers for traditional hoteliers,” says Griffin. “We wanted Leven to be a place designed around the needs of customers, a place that plays a role in helping them live their best life.” 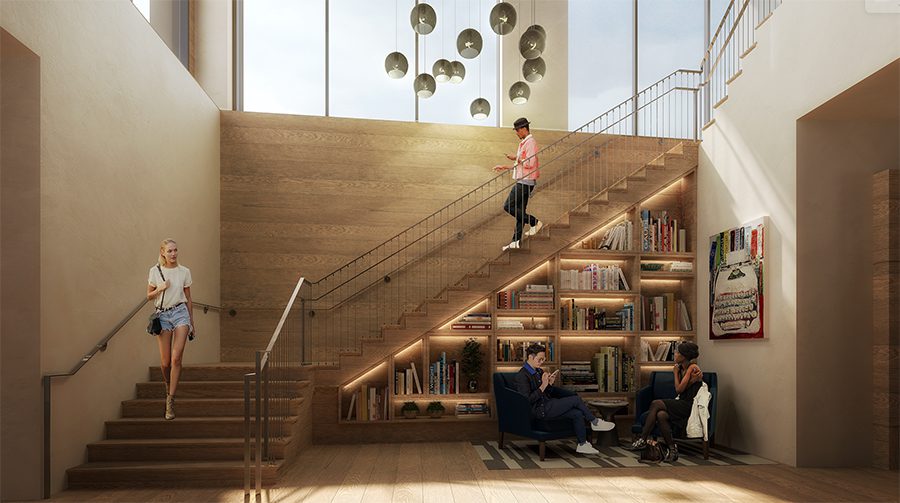 A rendering of a public space being studied at the University of Chicago, a collaboration between the in-house team and 15 Moreland Design Studio

College towns have long been a hotspot for developers, but most still lack a high-end hotel product. Walk in Study hotels, founded by Paul McGowan, who cut his teeth by launching brands like W Hotels. The first, in 2008, was the 124-room study at Yale in New Haven, Connecticut, where a hotel built in 1961 was ripe for a renovation. “Looking at New Haven as a market versus the quality of Yale University, there was a big gap between what was offered and what was needed at the time,” he says. Work with Toronto-based companies KPMB and Design by Jill Greavesthe rooms are furnished with leather armchairs and ottomans that nod to the university environment, while the cultural programming draws on the richness and culture of these university towns.

The study at University City in Philadelphia, between the University of Pennsylvania and Drexel University, followed in 2017, with architecture from local firm DIGSAU. The nearly 10-year gap gave McGowan and his team time to think about building the brand. “We didn’t see it as an arms race,” he says. “We weren’t looking to go out and launch 20 hotels.” The portfolio is complemented by the University of Chicago study, which opened earlier this year and features design by the in-house design team and the New York-based company. 15 Moreland Design Studio. The study at Johns Hopkins in Baltimore, also a collaboration with 15 Moreland, is expected to go live later in 2022.

“When people get their acceptance letter to Yale, the first thing they do is call the study. [to book a room] and develop their four-year relationship [with us]says McGowan. “We allow people to be immersed in the college experience on a level that they might not have if we didn’t show up there.”