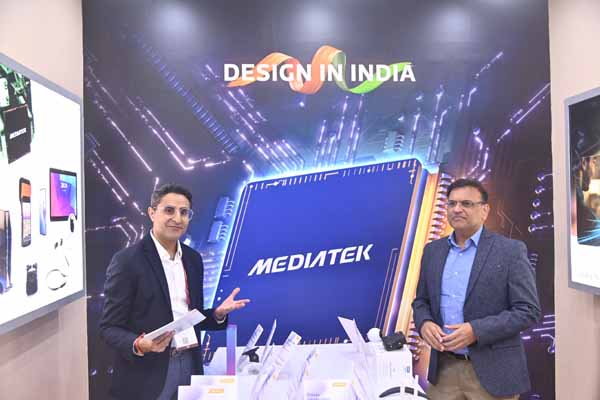 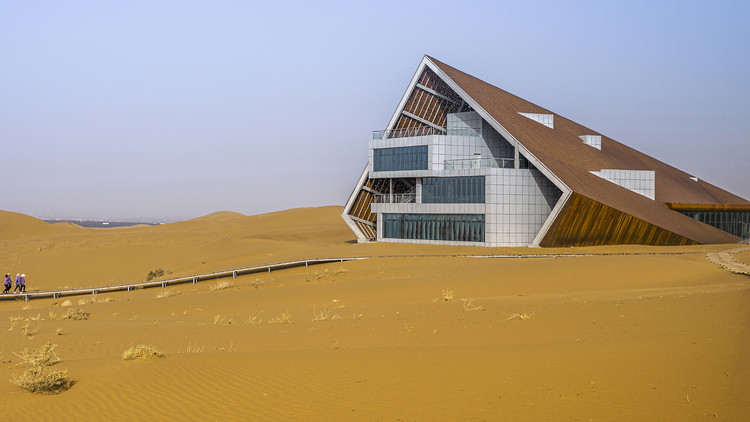 Site and background: somewhere in the Tengger Desert. The project is located in Shapotou Tourist District in Zhongwei City, Ningxia Hui Autonomous Region (NHAR), China, which is a sand sea about 2 km from the desert reserve. In recent years, desert tourism in Zhongwei is booming, and Desert Galaxy Camp is a newly developed camp. As the main building of the site, the project not only provides support services for the camp, such as catering and comprehensive hospitality, but also serves as a symbol of the whole camp.

There is no cultural landscape or historical context around the site. Here, the desert is the most intuitive and significant feature, where rolling sand dunes stretch into the distance. When the weather is nice, the northern mountains are clearly visible. Observed carefully, the desert is not all of the same pattern, but with the rhythmic ripples of sand formed by the wind, masses of sand formed for unknown reasons, tenacious desert plants with small light yellow flowers on their dry branches , traces of desert beetles climbing on sand dunes, etc. These comparisons between big and small, same and different, life and death give insight to architects.

Architectural concept: a treasure chest half buried under yellow sand. At the beginning of the design work, through access to information, the architect found that Zhongwei had been an important post in the Northwestern Frontier Fortress since its incorporation into the territory of China in the Qin Dynasty. Although Zhongwei was not directly on the ancient Silk Road and was not as important as Yinchuan City, it also left many deeds due to its unique geographical location and natural environment – the Yellow River and the desert.

For example, Gengiz Khan, the first emperor of the Yuan dynasty, passed through Shatuo (present-day Shapotou) to the Jiudu ferry of the Yellow River and captured Yingli County (formerly Zhongwei County). Famous Tang Dynasty poet Wang Wei’s best-known verse, “The lonely smoke in the desert rises straight, and the setting sun on the Yellow River falls.”, is also said to describe the scenery here. The long story can’t help but make people imagine how many stories are still buried under the desert, waiting for people to discover them.

For a building in the desert, the architect hopes it conforms to the temperament of the desert accordingly – mysterious, impermanent, calm and warm, just like so many stories about the desert. The architect chooses straight lines and geometric shapes as the building’s basic elements, simulating a huge rectangular solid half-buried in yellow sand, and endows it with a narrative metaphor – the lost treasure box. A story bearer who is submerged in the desert and waiting to be found.

Arrangement and space: the outside and the inside separated, and the odd and the right corresponding. Due to land use limitation, the building is laid out in a northwest-southeast direction. The general plan is an isosceles triangle whose bottom faces the Tengger Desert to the northwest. The building is shaped like a tilted box half buried in the desert. His skin is covered with a perforated rusty steel sheet. Open in its northwest side, transparent materials are used to form the communication of interior and exterior sight lines. The functional space of the building is the main body of the treasure box.

The architect solves the functional problem by stacking and dislocating four horizontal blocks. The outer skin of the building is an oblique rectangular tube inserted into the ground, with four faces exposed to the ground, forming a “package” of the functional space of the building. The two systems form a strong imbrication between the blocks and the facades: some blocks will be inserted outside the inclined surface to form a triangular “bulge”. In some positions, there will be gaps between the inclined plane and the main body, forming a number of sheltered semi-outdoor activity spaces, providing users with different experiences.

The entrance to the building is located to the southeast, facing the exterior stage designed at the same time to the west of the site in the distance. The main body of the building has four floors. The main functions of the first floor are the lobby, restaurant, kitchen and logistics, the second floor is the multifunctional hall and cafe, the third floor is the VIP area, and the fourth floor is the equipment room . Several semi-outdoor viewing platforms are installed on the northwest facade, which not only meets the needs of semi-outdoor use, but also enriches the shape of the building. The layout of the interior space is basically square, which meets the functional requirements well.

Double roofs: light, shade and wind formed by voids. The “disconnection” between the architectural form and the interior space is the intention of the architect. This treatment gives the building a double roof, which responds to the climatic characteristics of the desert zone. Because the most indispensable thing in the desert is the sun, while the most necessary things are wind and shade. According to the local people, it is better to have a “cover” for the buildings in the desert.

Even if only a piece of fabric leaning on the main body will greatly attenuate direct sunlight and form a cool microclimate. The first roof formed from rusty steel sheets is this cover. It blocks sunlight and forms a shade to prevent the sun from shining directly on the second roof and causing excessive interior temperature. The temperature difference caused by the shade (between the direct sunshine area and the shade area) also generates wind, which further conducts heat away between the flysheets, reduces indoor energy consumption in summer, and improves space comfort.

There are also several semi-outdoor platforms corresponding to wind and shade, where users can take a nap and enjoy the desert scenery. The perforated design on the rusty steel plate is conducive to the passage of wind and forms a dramatic light and shadow effect, which also adds a romantic atmosphere to the semi-outdoor space.

Conclusion and reflection: make a beautiful and healthy building. True, this project still has some regrets: for example, due to the change in size of the site, the building had to reduce the volume compared to the original design, and the shape was also adjusted. For another example, insufficient attention is given to increased operating costs caused by wind and sand in the desert. The perforated sheet design of the platforms and roofs allows sand to penetrate into the semi-outdoor space, which brings additional cleaning work.

But overall it’s an interesting project and another attempt by the design team on the relationship between architecture and nature. The design pays attention to the relationship between the artifacts and the environment, but does not want to simply imitate the natural form or pretend to hide the building in an inconspicuous. Instead, he gives the building a certain meaning with a generous attitude and uses artifacts to speak with nature, so both can live in peace. On the other hand, the design also responds to the natural conditions and climatic characteristics of the site, so as to best adapt to the environment.

For example, the treatment of double roofs reduces the impact of thermal radiation on the room and thus reduces energy consumption. In addition, the use of fabricated materials such as steel structure and corroded steel plate can minimize the use of concrete, realize recycling to a certain extent, and reduce the impact on the desert environment. In fact, architectural form and respect for the environment are not contradictory. The architect hopes to weave the two together to create a beautiful and healthy building.

Previous students back in class after two years, but stores run out of books | Gurgaon News
Next Christine House wedding and events venue opens in former car showroom in Rainham